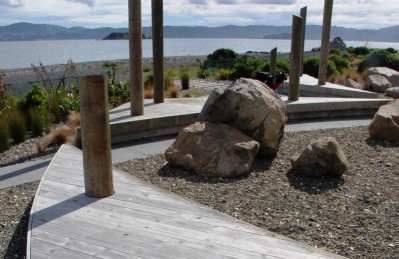 Much to our delight after our failure to win the design competition for the Korohiwa Subdivision, we were asked to design the beachfront area. This is a wild and windswept beach, largely gravel rather than sand. The gravel expanse seems to grow each year and the whole area was beginning to look pretty inhospitable. The design needed to create areas for people to relax and enjoy this wild end of the bays without dressing it up too much. The decks and boulders create an interesting variety of spaces to sit in and play on, and the materials and forms play with themes of wind and wave-tossed elements. As a windsurfer I have been washed up on this beach a couple of times and the deck forms seem to reflect my appreciation of “wave-tossed elements”!

The Wahine Mast has been erected here as a Memorial to the many people who lost their lives here or were washed up on these beaches, and the rustic posts ascend towards the mast, lending moral support.

The planting of this area was a real challenge and the palette is necessarily limited. The toughest native local species were selected and have made remarkable progress, aided by windscreens which are able to be removed when the plants are large enough to protect each other. 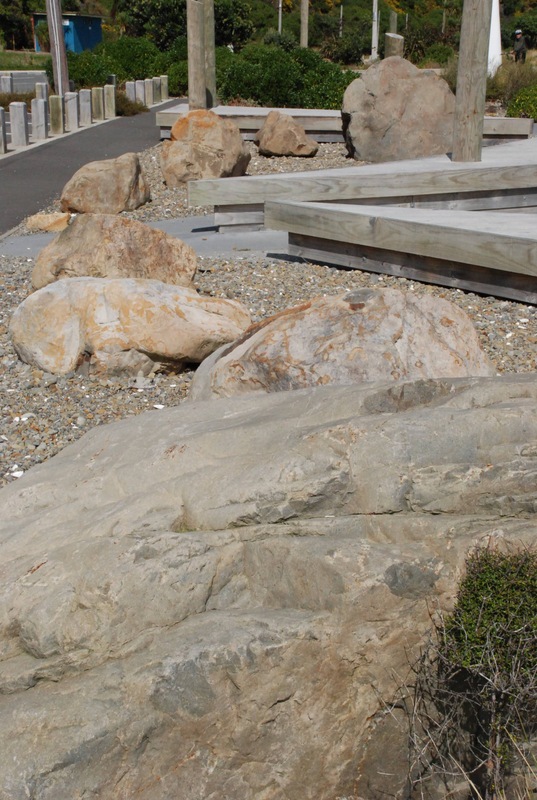 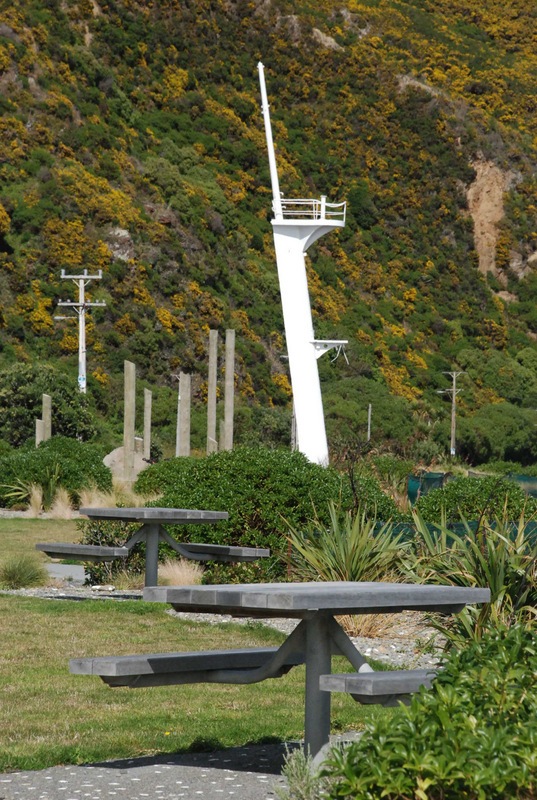 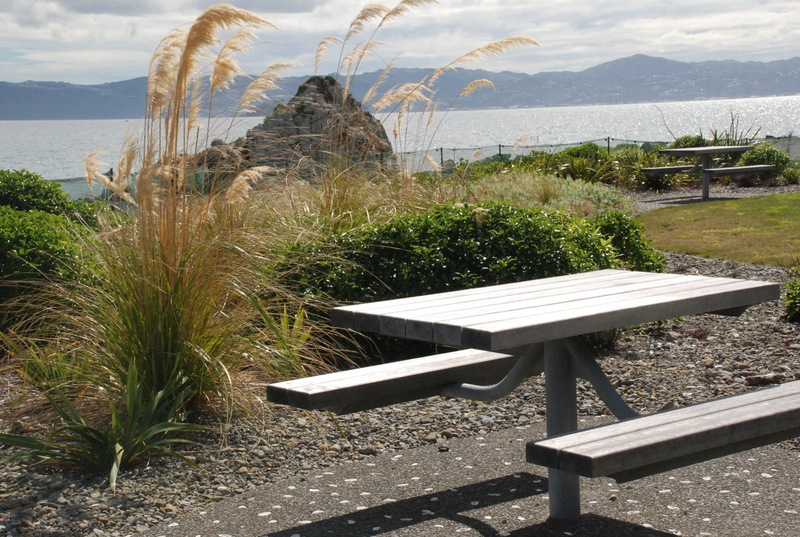 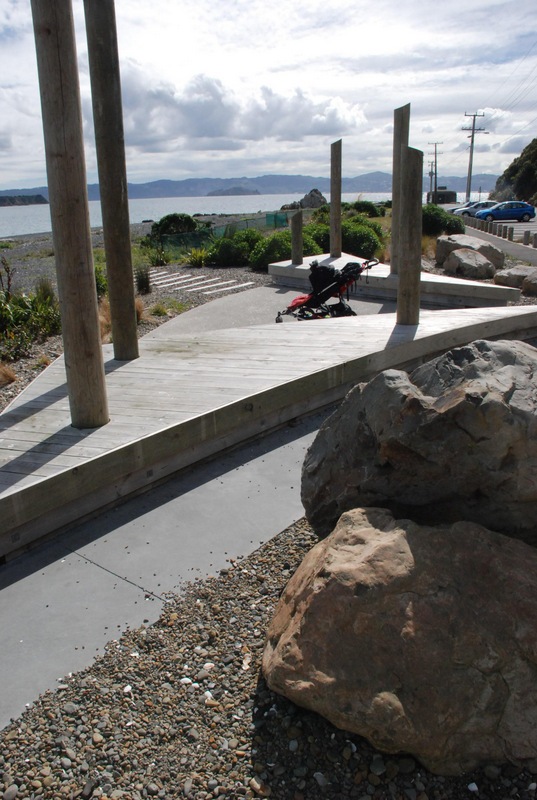 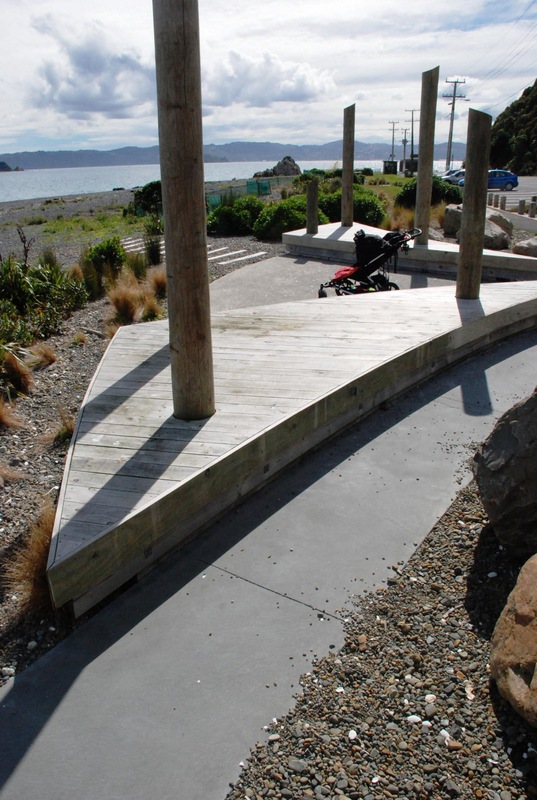 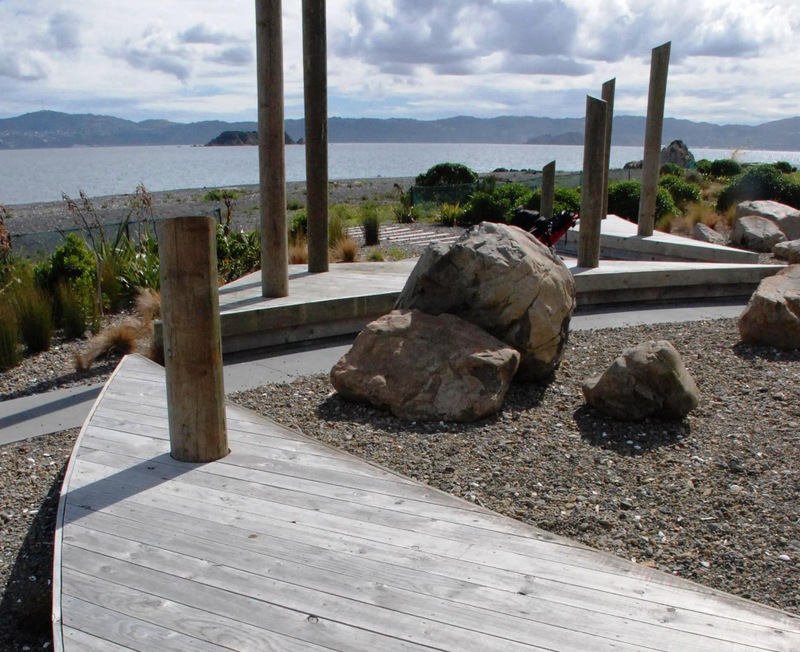 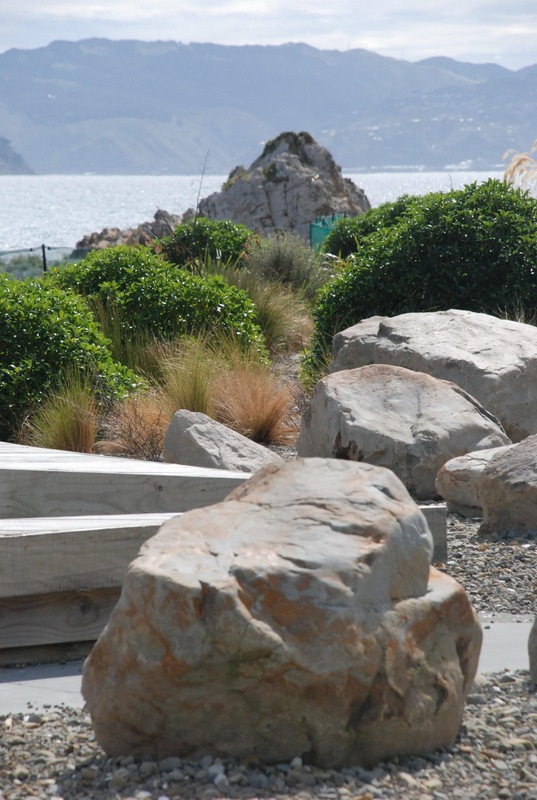 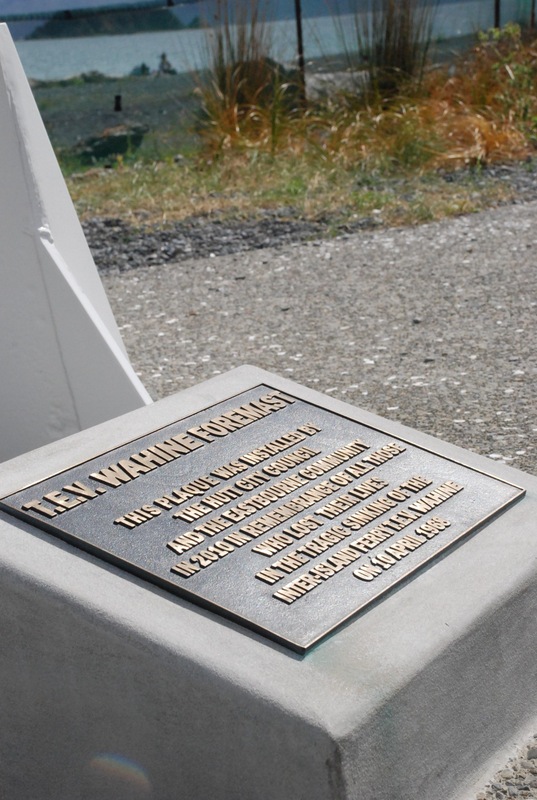 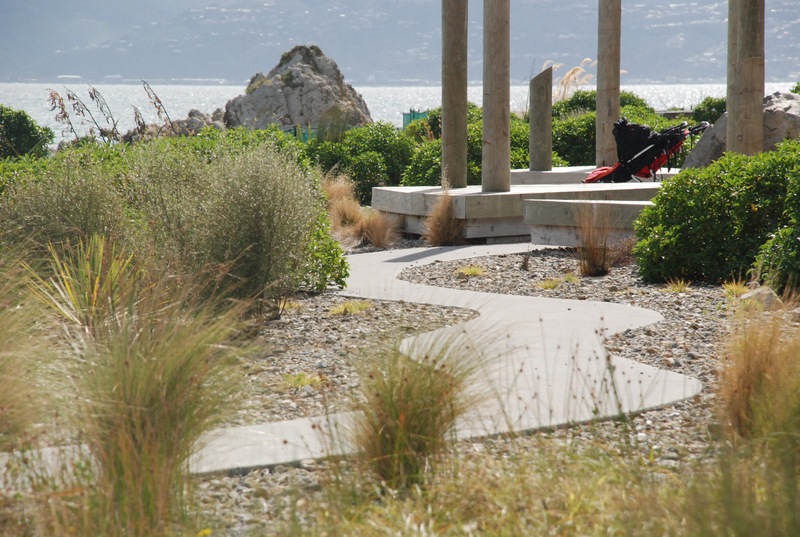 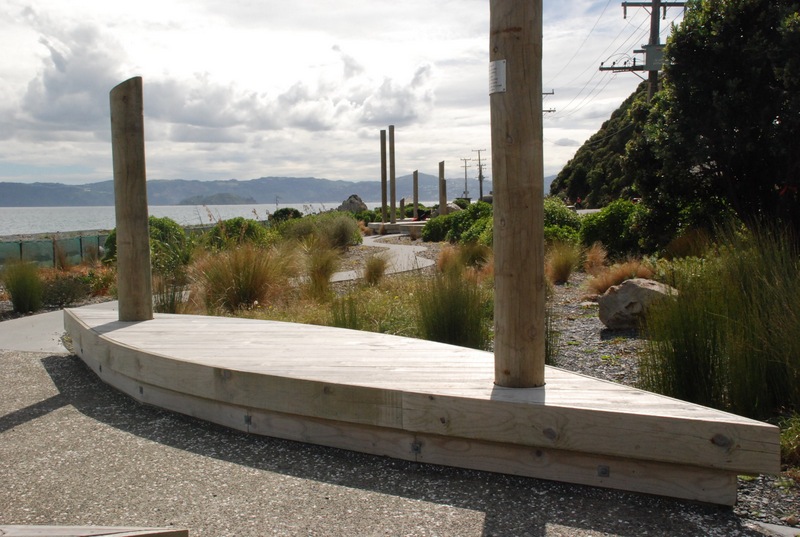 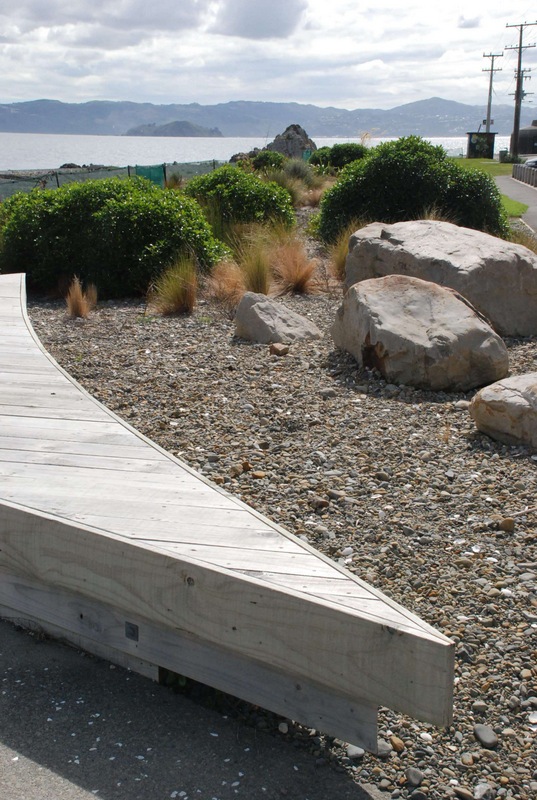